I’m sitting here writing this from the warmth of my comfy office at Lyric Weddings in Shropshire. Best of all, I’m managing to escape the chilly temperatures outside but I can’t seem to stop my mind drifting back to a trip to New York in February 2011.

I love New York and it is the most amazing, vibrant and colourful city to photograph. It’s the atmosphere and the constant noise of the taxis buzzing about the city and the beeping horns which create the soundtrack of NYC. So without further ado and before this becomes a glowing travel feature on ‘The Big Apple’ i’ll get to the images!

These were taken on a night out with friends in Manhattan. On one cold evening we decided to head out to Don’t Tell Mama for a night of entertainment. It’s a rather lively cabaret/ comedy club off W 46th Street.

We hailed a taxi as it was much too cold for a twenty minute walk!  We got into the cab and immediately the driver was apologising that the air-con had gone haywire and the windows of the taxi were totally steamed up. This was obviously no major problem to us. As we drove off I became aware of how colourful and weirdly abstract New York looked through the murky windows. So I do what comes naturally to me - I began taking photographs. These images are the result of that five minute taxi ride.

I love the night sky contrasting with the really saturated colours of the fluorescent lights and also the natural blurring effect the moisture covered windows have had on the images. In some there are higher levels of detail and in others they are nearly totally abstract with only the colours indicating what was photographed - the unmistakable yellow paint of the New York taxis for example.

So I hope you like this little snapshot of a five minute taxi ride in NYC. 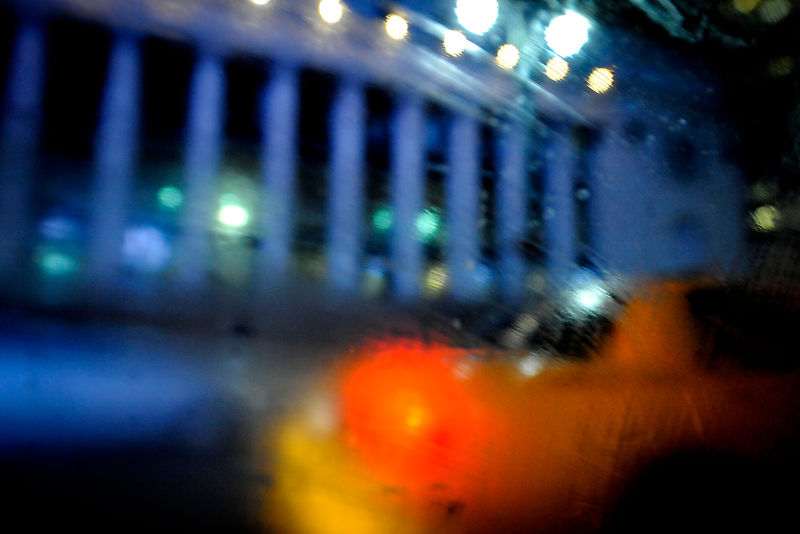 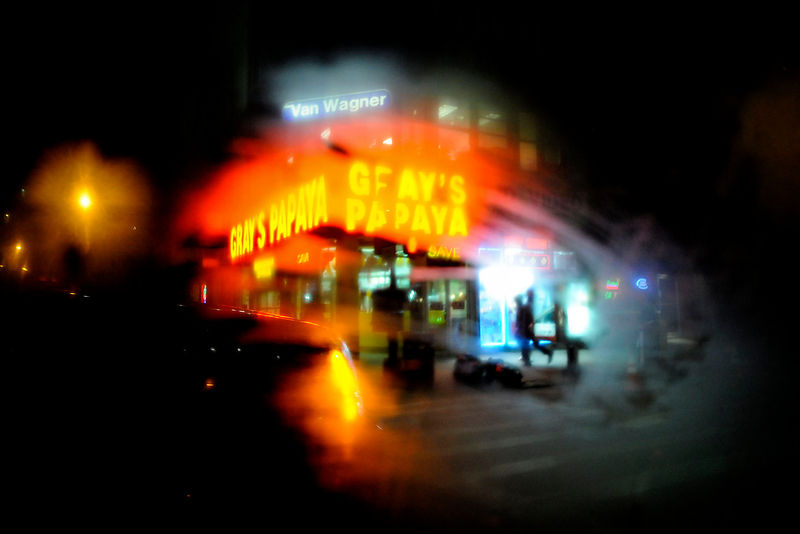 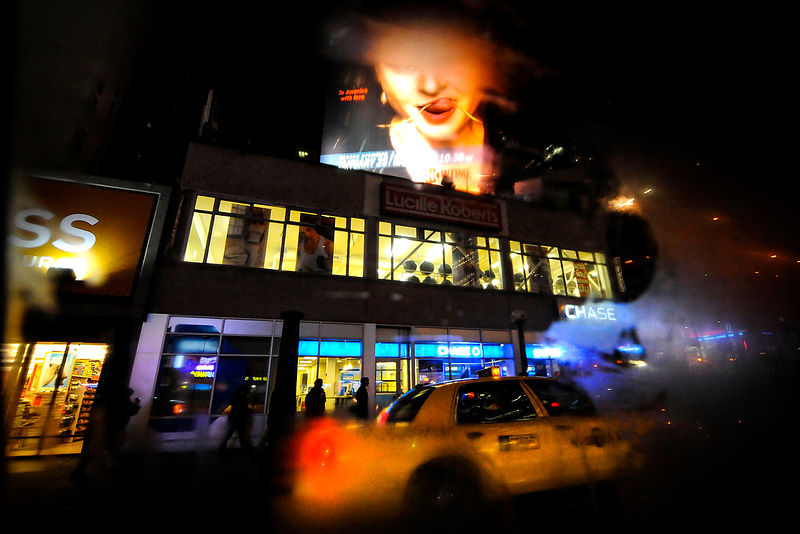 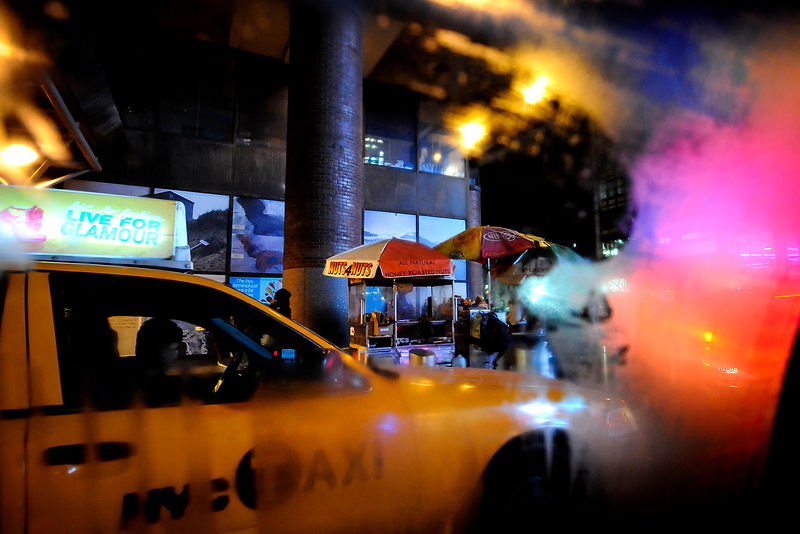 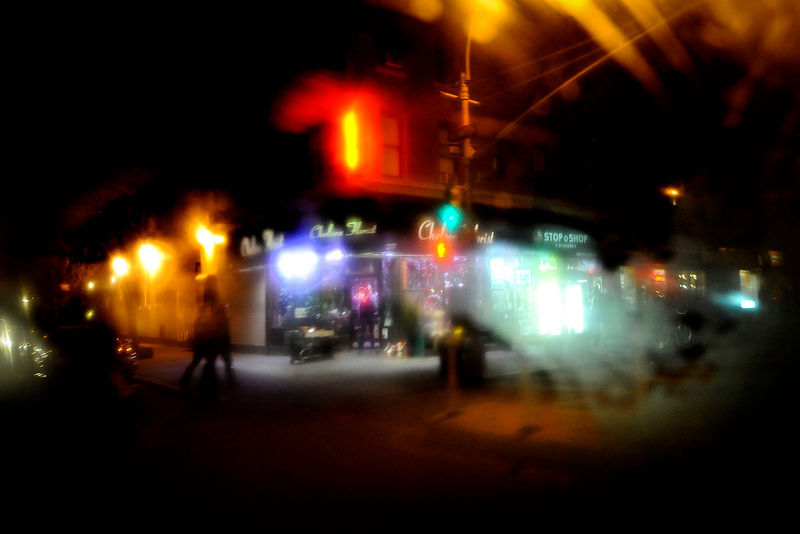